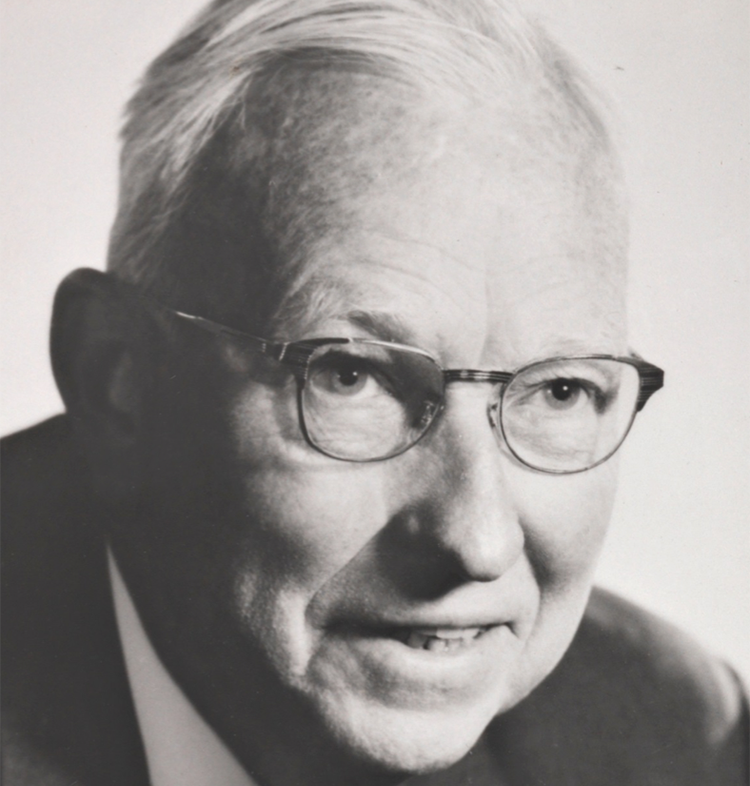 The Counselling Foundation of Canada was created by Frank G. Lawson as a means to direct his personal philanthropy and promote the development of career counselling in Canada. As a young man, Frank was first introduced to counselling and mentorship through his involvement with the Toronto YMCA.

Then, as a prisoner of war in 1917-18, he made extensive use of the prison camp library, researching potential career paths, one of which was the financial industry. Upon returning to Canada, he joined a small bond firm which, in turn loaned him to the Victory Loan Committee. The Victory Loan Committee would be instrumental in leading Frank to found Moss, Lawson & Company, a brokerage firm, and to volunteer as the Secretary/Administrator of the Federation for Community Services, the forerunner of the United Way in Toronto.

Also significant during this period was his role as a founding member of the Board of Trade Club, a group of young men in business who gathered weekly for fellowship and self development. He would go on to help establish the Toronto Junior Board of Trade to provide the benefits of membership to the next generation of young leaders. The Toronto Junior Board of Trade became part of the Canadian and International Junior Chamber of Commerce movements, both organizations emphasizing the importance of self-development.

Mr. Lawson went on to serve as a Governor of the Toronto Stock Exchange, acted as Chairman of the Building Committee, responsible for the Toronto Stock Exchange building erected on Bay Street in Toronto (now the Design Exchange), and also served as Chairman of the Board of Governors. Throughout, he maintained his association with the YMCA, of which he was a member for over eighty of his ninety-two years.

It was his involvement as Chairman of the YMCA’s Counselling Service after the Second World War, then under the directorship of Dr. Gerald Cosgrave, that inspired Mr. Lawson to promote the importance of counselling. During his more than 20 years of involvement, over 20,000 persons were counselled by the YMCA service. The success of this service – not just with young people, but with people at any stage of their career – was critical in establishing the credibility of career counselling and helped sow the seeds of The Counselling Foundation of Canada.

In 1955, Frank Lawson retired from the brokerage firm he helped found and formally established The Counselling Foundation of Canada in 1959. The mandate was to assist organizations that were conducting counselling, as well as help universities broaden their programs to include the training of counselling psychologists. Mr. Lawson never sought recognition for his efforts or philanthropy, preferring to maintain an anonymous presence.He reluctantly accepted an Honorary Degree from York University because he thought by doing so he would bring recognition to and advance the field of career counselling.

At the time of his death in 1984, the bulk of Frank Lawson’s estate was bequeathed to The Counselling Foundation of Canada, and the Foundation changed from a personal crusade to a well endowed foundation whose members include his children and grandchildren. The Foundation is managed by a Board of Directors which honours Frank Lawson’s legacy of service and philanthropy through its adherence to his early goals and commitment. In addition to Mr. Lawson’s endowment of the Foundation, important gifts have also been received from of the estates of both Gerald Cosgrave and Elizabeth McTavish, the Foundation’s first two staff leaders,

Mr. Lawson was married to Janet (“Jessie”) Lawson (nee Ross) for 62 remarkable years. Together, they raised two daughters and a son, as well as playing doting grandparents to 10 grandchildren, all of whom share their passion for family, community, philanthropy and volunteerism.