The story of The Counselling Foundation of Canada begins with one man’s mission to improve the lives and livelihood of young people and its inevitable growth into an organization that helps to promote the work and enhance the impact of community organizations across Canada.

Frank Lawson was a Toronto businessman and stockbroker who volunteered to become Chairman of the YMCA’s Counselling Service at the end of World War II, which he continued to be involved with for more than 20 years. At the time of assuming this position, career counselling was a relatively new idea and the YMCA was Canada’s biggest purveyor of career and employment services. Between Frank Lawson and the Service’s Director, Gerald Cosgrave, the two developed and promoted career counselling theory and programs across Canada in a way that would influence future generations of organizational leaders.

Mr. Lawson believed counselling was a fundamental step to better identifying career paths for young people. He believed that in understanding a person’s motivations that they could be guided towards a suitable career for their temperament and respective interests. He acknowledged three key facets of life in which young people require guidance: they need to distinguish the kind of work they could do and enjoy; many require the necessary education or training to strengthen their abilities; and, finally, young people often require help in dealing with negative attitudes that might otherwise hold them back from pursuing their goals.

It was based on these three guiding principles that Mr. Lawson founded The Counselling Foundation of Canada in 1959, which he directed until his death in 1984. Among the most important grants that the Foundation awarded during Frank Lawson’s lifetime were those directed towards university career centres. He felt this is where the Foundation’s influence would be most profound while improving technical skills was a secondary concern. The Foundation would fund the start-up costs for these career centres on the understanding that the university would promote a psychological approach to counselling and assume the financial responsibility for the centre once it was up and running.

Two of Frank Lawson’s children, Donald Lawson and Jean Hamm, took leadership of the Foundation after 1984. Donald Lawson assumed the Chairmanship and established a Board of Directors that included both family and non-family members to help grow the Foundation and expand its influence. What had been one man’s private foundation assumed a broader mandate and set out to identify projects to which it could dedicate financial support. Over the years, the Foundation’s mandate evolved and expanded to focus more fully on efforts that would contribute to the total development of the individual. Counselling, mentoring, and volunteering in the community were all developed as pillars of the program, while also maintaining a large role in the professional development of counsellors. More recently, the scope of its mission expanded to include factors that affect future employability, which helps address a number of issues among youth and adults alike.

The Foundation has regularly undertaken strategic planning exercises to review and identify how best to carry out its mission. In 2018/19, the Board of Directors once again embarked on a strategic planning process to help define how to most effectively direct its efforts in the coming years. The combination of research and findings surfaced during this year-long process allowed for a healthy internal discussion leading the Foundation to clarify its mission, vision, values and guiding principles. The resultant Strategic Plan (adopted in December 2019) articulates a renewed focus on the career development sphere and an ambitious agenda to work more collaboratively across sectors.

Today, the Foundation pursues those same ideals that Frank Lawson initiated decades ago with the belief that the future of the career counselling and career development field is important for the personal development and economic prosperity of Canadians. 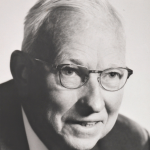 Founder and Chair (1959 – 1984) The Counselling Foundation of Canada was created by Frank G. Lawson as a means to direct his personal philanthropy and promote the development of career counselling in Canada. As a young man, Frank was first introduced to counselling and mentorship through his involvement with the Toronto YMCA. Then, as a prisoner of war in 1917-18, he made extensive use of the prison camp library, researching potential career paths, one of which was the financial industry. Upon returning to Canada, he joined a small bond firm which, in turn loaned him to the Victory Loan ...
Read More 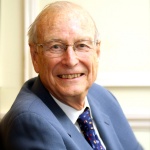 Director 1961 - 2022 Chair 1984 - 2015 Always modest and unassuming, Donald Lawson is an accomplished businessman with an exemplary record of hands-on service to his community. Of all of the milestones in his remarkable life, Mr. Lawson would be the first to say that the most important has been his marriage to Lorraine M. (Forbes) Lawson. Their marriage has been the foundation upon which all other achievements have been built, and the values of generosity, philanthropy and community building they share have been passed on to their four children and eight grandchildren. Mr. Lawson was President and CEO ...
Read More 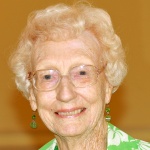 Director 1980 - 2002 Vice Chair 1984 - 1998 Jean Hamm always maintained that a life of activity and learning is a life fully lived. The elder daughter of The Foundation's founder, Frank Lawson, Mrs. Hamm learned the ropes of community service during her younger years, and spent her life stamping out her own mark by helping others in many ways. Mrs. Hamm’s early career focused on the health of others. She entered the nursing profession at the Toronto General Hospital where she soon found her passion within the operating room. With an eye towards strengthening her skills, she attended ...
Read More 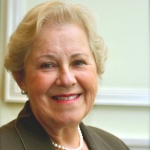 Honourary Director 2020 - Present Director 1984 - 2020 Vice Chair 1998 - 2014 Elizabeth McTavish, former Executive Director of The Counselling Foundation of Canada, once said that Lorraine Lawson provided the “heart” in the Foundation, and upon meeting her it’s easy to see why. Her marriage to Donald and raising their four children has been the cornerstone of her life, but it would be to underestimate her many contributions to only focus on that. Lorraine Lawson did not simply follow in her husband’s footsteps, she stood shoulder-to-shoulder with him as an equal partner, and has blazed her own trail ...
Read More 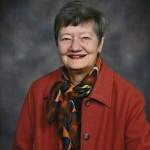