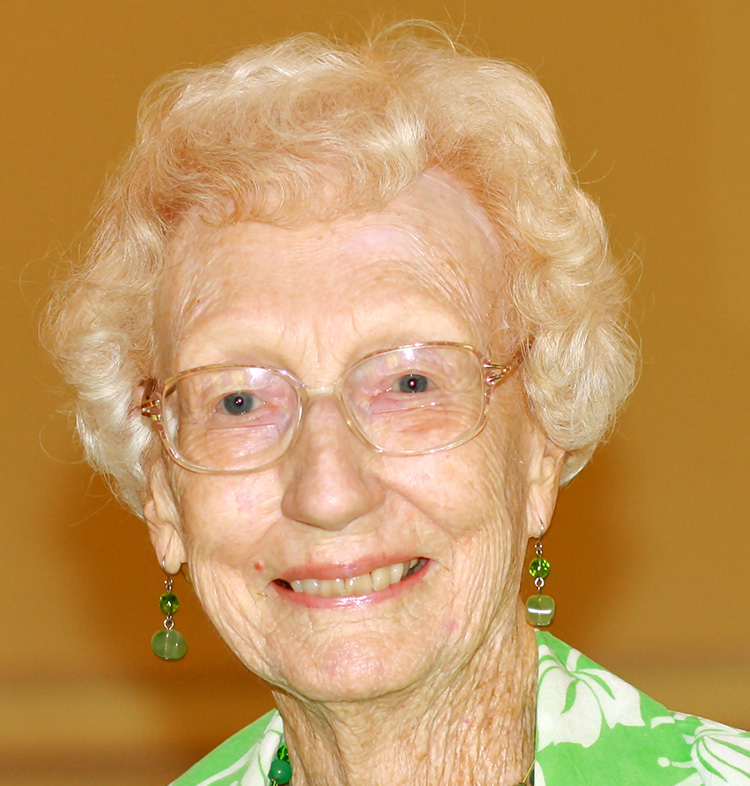 Jean Hamm always maintained that a life of activity and learning is a life fully lived. The elder daughter of The Foundation’s founder, Frank Lawson, Mrs. Hamm learned the ropes of community service during her younger years, and spent her life stamping out her own mark by helping others in many ways.

Mrs. Hamm’s early career focused on the health of others. She entered the nursing profession at the Toronto General Hospital where she soon found her passion within the operating room. With an eye towards strengthening her skills, she attended Johns Hopkins Hospital in Baltimore specifically for OR technique, though upon graduating, finding work in her field proved difficult. She took to exploring other sides of nursing, such as paediatrics and public health, eventually heading to Queen’s University for a Diploma in Teaching (Nursing) and then returning to take charge of the Obstetrical Labour Room at Toronto General before moving on to work in doctors’ offices.

Yet it was Mrs. Hamm’s involvement with several organizations where she made an indelible mark. One of the most prominent – and lengthiest in terms of commitment – was with the Alumnae Association of the Toronto General Hospital School for Nurses, where she has served on the Executive and Chaired the organization twice. Her contributions for over 65 years were fundamental to this organization’s remarkable and continued success.

Similarly, her nearly 25-year affiliation with Cedar Glen, a Conference Centre then owned by the United Church of Canada, found her working on the operations, finance and program committees, and serving on the Board of Directors, including three years as the centre’s first and only female Board Chair. During her tenure, she provided strong and steady leadership, and Cedar Glen flourished. Her final role at Cedar Glen was to help coordinate the 40th anniversary celebrations in 2000-01, an event that effectively became a “farewell celebration” as the centre was purchased by the YMCA soon thereafter.

Her time at Cedar Glen can be attributed to her work on Christian Development, as Mrs. Hamm has long been devoted to working with the United Church of Canada. It’s a relationship that started with her parents and developed as she, too, raised a family with her husband, Doug Hamm (1924-2009). While her interest in the Church during those early years revolved around Christian Education and Development, she found herself taking on many other responsibilities, such as Chair of Trustees, and sitting on committees that included Visioning, Planning, Stewardship, Administration (Finance) and Parish Nursing.

As the mother of three children, the family side of life naturally kept her busy with no end of responsibilities, including Cubs and Scouts, Brownies and Guides, as well as the requisite sports and school activities.

Mrs. Hamm was invited to join The Counselling Foundation of Canada’s Board by her father in the early 1980’s, becoming the Vice Chair of the Board of Directors upon her father’s death. As Vice Chair, she played an integral role in helping to better define the organization’s overall goals and purpose. In 1998, she stepped down as Vice Chair and then retired from the Board in 2003 to make way for younger family members to make their own mark. Still, Mrs. Hamm remained an active Honourary Director until her death in May 2018. She was always an astute and unmistakably sage voice around the Board table. In 2012, she was awarded the Queen Elizabeth II Diamond Jubilee Medal in recognition of her many accomplishments.