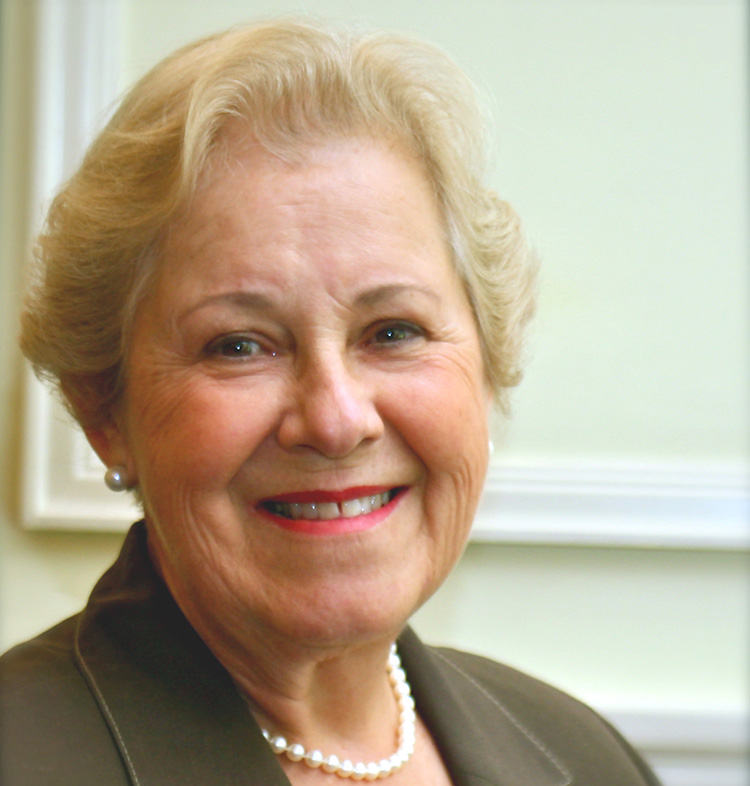 Elizabeth McTavish, former Executive Director of The Counselling Foundation of Canada, once said that Lorraine Lawson provided the “heart” in the Foundation, and upon meeting her it’s easy to see why. Her marriage to Donald and raising their four children has been the cornerstone of her life, but it would be to underestimate her many contributions to only focus on that. Lorraine Lawson did not simply follow in her husband’s footsteps, she stood shoulder-to-shoulder with him as an equal partner, and has blazed her own trail in serving her community, taking a leading role in a number of organizations.

Mrs. Lawson’s biggest volunteer role outside of the Foundation has been with the Big Sister Association of Metropolitan Toronto. She has been a member of the Association for over 50 years, and devoted her time, energy and leadership capabilities to helping this organization grow and prosper. From 1977 to 1983 she served in various capacities on the Board, including as President from 1981 to 1983. It was a time of great evolution and change in the organization. Originally mandated to help counsel girls only, the Big Sisters steadily expanded its scope to work with a cross section of inner city youth under the name Huntley Youth Services (now “Youthlink”). During Mrs. Lawson’s presidency, it soon became apparent that there was a growing need for the services they were providing to marginalized youth in some of Toronto’s surrounding communities. Huntley Youth Services took the leap and extended its reach eastwards and opened a new agency, Scarborough Youth Services, with Mrs. Lawson serving as the inaugural Board President. After her term, she remained on the Board as Past President and chaired the organization’s Nominating Committee. Other challenges during her tenure included including recruitment of a new CEO, the unionization of staff and the need to finance the purchase of the building where the Association’s social enterprise, a thrift shop, was located.

As someone so involved in her community, Mrs. Lawson has taken an active role in a number of other pursuits, many of which were related to her work with the United Church of Canada. Her affiliation with the Church found her taking on the role of President of the United Church Women’s Association for their home church, as well as serving on a number of other committees.

An avid golfer, Mrs. Lawson has served on the Board of the Ontario Branch of Canadian Women’s Senior Golf Association, including as its President, and chaired the organizing committee of its 2008 national championship. She has also served as both Captain and President of Ladies Section at the Briars Golf Club and Rosedale Golf Club.

Other volunteer roles include as Convener of the Speaker’s Luncheon at the Granite Club, and a Director of the Iron City Fishing Club.

Within The Counselling Foundation of Canada, Mrs. Lawson has been a key participant in the Foundation since joining the Board in 1984. She assumed the position of Vice Chair of the Board of Directors in 1998. She held this position until 2014. Over the years, both she and Donald have quietly gone about the Foundation’s business, meeting with grantees from across Canada, and always shining the spotlight on the work of the Foundation’s grantees, not on themselves.